On the background of pandemic impact

The Indian Siemens Workers Union has signed a Wage Settlement with the Company for the workmen of the Goa Verna locations. The Union has been formed in 2018 and raised the demands of wages and service conditions for the workforce in the Executive Technician Category. 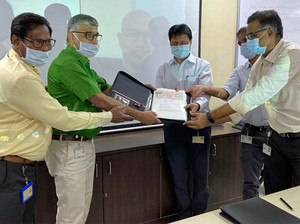 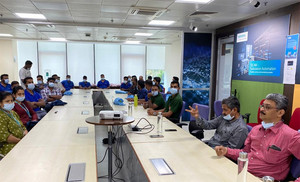 Negotiations had started around December 2019 and were thereafter delayed by the impact of Pandemic on business. Now they ended with the settlement signed on 19th February 2021.

Girish Ashtekar, General Secretary of the Siemens Workers Union, informed the Siemens Team of the IG Metall about the principal features. All the Executive Technicians are now designated as Workmen. A dearness allowance as per the Goa Consumer Price Index has been introduced, rsulting in an all around 32% -40% wage rise.

This settlement will be binding for both parties for the period of three years. These workmen have received the arrears for the period they were termed as Executive Technician. It is also agreed that additionally some amount will be linked to Quantity Based Incentive.  Union has co-operated the Company considering the impact of pandemic on the business while settling the arrears. Total 293 workmen are covered by this settlement.

With this settlement the union is sure that the Goa Unit will prosper: "We have assured the company cooperation, quality product and good work culture. The management has also taken good initiative to settle Goa prior to Kalwa and other locations.  We hope that this will pass on positive vibes so that the long pending Wage Negotiations of Kalwa, Transformer, Nashik and Aurangabad will have happy ending."

The Siemens Workser union declared to be especially thankful for the support of IG Metall and Industriall Global Union. At the time of formation of the Union, it updated tjhe representatives of Goa regarding the provisions of the Global Frame Work Agreement.

Mr. Kan Matsuzaki of Industriall visited Goa and interacted with the members of Siemens Goa location and boosted them with the thoughts of Unity and solidarity and explained them GFA, said Girish Ashtekar: "The Siemens Works Council has always been there to support us since the formation of Union of Goa."